Where have you discovered community, online or otherwise, in 2010? What community would you like to join, create or more deeply connect with in 2011? 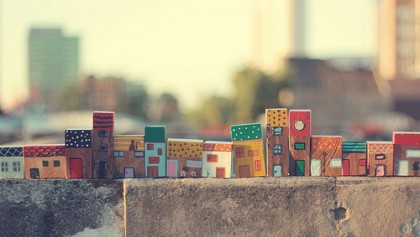 This past year I have discovered community in two areas: creative groups of people and mothers, mainly online. The mother community is a powerful one. I think I made my way into it while I was pregnant. There were several moments that were especially moving, moving in the way that mothers embrace soon-to-be mothers and new mothers. It’s amazingly inclusive and loving. Yes, there is also the judgmental side to this community of women, but I have been lucky enough to barely encounter that.

In general, community tends to be an elusive thing for me so it’s been nice to belong to these two communities, though now that we’ve moved to middle-of-nowhere-Pennsyltucky I need to find community offline. Real life people. Sitting. Talking. Sharing. In person. It’s a goal for 2011.