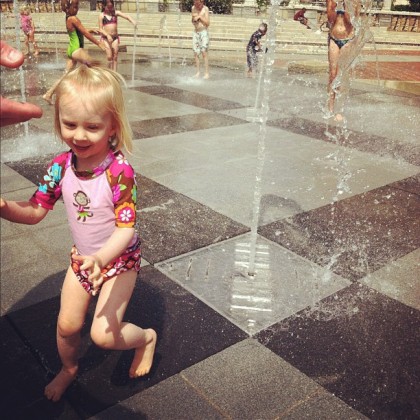 There have been so many firsts that I’ve not recorded, that have slipped by, that I thought I would remember the details of but are stuck in a blurry pool of memories.

Yesterday, June 11th, 2012, Indira asked her first “Why?”. She asked it three times actually. The thing about memories is… they escape me. And Dave apparently. We can only remember one of the why’s. The not-so-great one. The one outside while we were eating dinner. In the midst of what started out as a beautiful and peaceful dinner. The why was “Why do I need to stay on the couch” after putting her into a bit of a quiet time on the couch outside. This was after much whining, crying, screaming, shouting, no’s, falling, kicking, etc. The other two “why’s”. Well, I don’t remember them. Hopefully they’ll come back to me.

Another first: She had her first real puking episode. It was at Marly and Erich’s house. It was horrible. She was sleeping in Djuna’s bed. We were all in the living room. Drinking wine, talking, having fun. I thought I heard her but then I didn’t. Then, I heard her again and when I went into the room she was covered in vomit. Kid vomit, not baby vomit. She was scared and sick. I felt horrible that it happened when she was alone. I still do. And, luckily Dave was there to pick her up. Why? Because it was gross. I would have picked her up and comforted her and held her. Luckily, I didn’t have to be that parent on this one. I’m sure I will in the future but I had a get out of jail free card for this one. Whew. Anyway, she threw up one more time after that. It was horrible. I felt so bad for her cute, sick, awful-feeling little self. And, I still feel bad that I wasn’t there. That she was all alone in a room that wasn’t her own with stomach pains and the horrible choking feeling associated with vomiting. But I know she’ll get over it. I will too. Right?

And, while I’m at it. Some other things that Indira is up to. She says her name. “In dee rah sky (with hand movements over head) dot mazure”. It rocks. Even if Dosch sounds merely like a punctuation mark in a url. Oh, and sometimes the sky goes last. Usually with the arm movements though.

Dave, anything to add here? I have been horrible with keeping these lists but the memories are piling up and spreading into misty visions. Help! 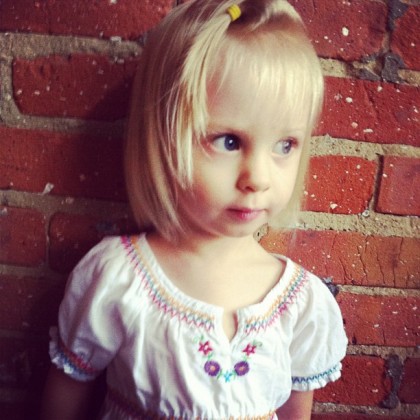