I’m thankful for homemade chicken noodle soup and fresh rosemary bread (both made by me!). 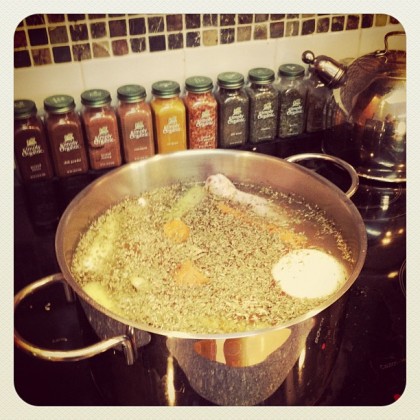 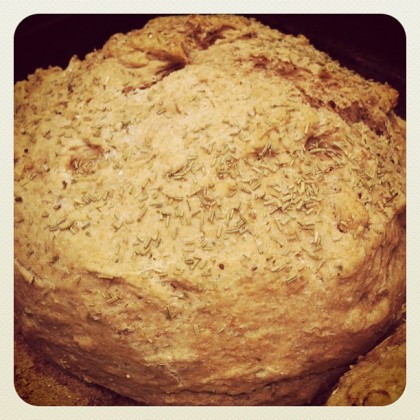 Here’s the recipe to the absolutely delicious and knead-free rosemary bread. I used more rosemary (and used dry rosemary), added a little garlic powder and Italian seasoning, and also added 2 Tbsp of olive oil to the dough before mixing it. I also used 1 cup of bread flour, 1 cup of all purpose, and 2 cups of either whole wheat pastry or white whole wheat (I never know which one I have on hand) to make it a little healthier (fiber!) but still super delicious. Even my picky husband who digs his white bread totally dug this!

So, I admit that I hate for this to be the answer too often, but this was aÂ  gigantic accomplishment. Well, actually, more like 6 pounds, 15 ounces. But it was such an amazing journey getting there. The road there was so incredibly special for D and I. I think we felt closer than we ever had before. It wasn’t easy but it was magical. And then, the prize at the end! This little person with pieces of both of us that turned our world upside down and shook it up. She’s still doing that! It’s been happy and sad and natural and difficult. There were times where it seemed impossible. I recall the first two weeks or parenthood when we had this realization that this was constant, unrelenting, always there. It’s a giant thing for two independent people to realize. It’s left us changed. And I’d say it’s an accomplishment that keeps on going. 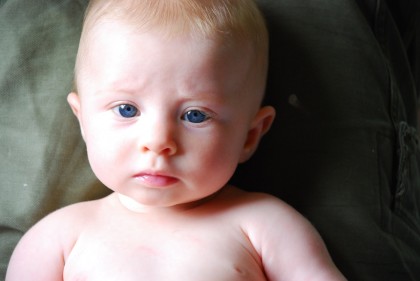