A fix to web fonts not displaying correctly

Just a little tip in case anyone is having a similar problem. For the past few weeks I’ve had issues with several websites (er, many) not displaying fonts correctly. Usually, only the titles, but at times all of the text on a site.

Here’s an example of how one site was displaying fonts for me (google chrome on the left, firefox on the right): 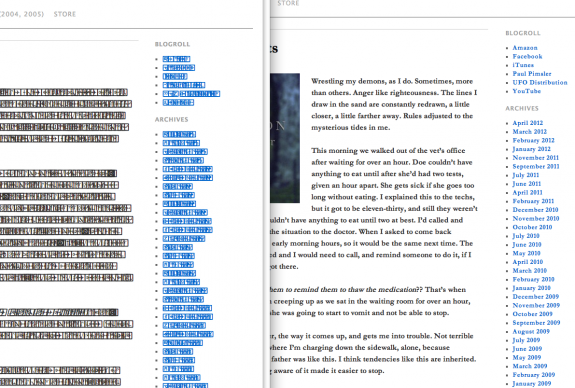 I came across this extremely useful and quick tip for fixing (at least for now) the issue at N7 Studios.

This worked for me. I just had to restart chrome before the fix worked. I hope google will come up with a solution to this though because it’s happening with many of their own fonts! Hope this helped.

This website uses cookies to improve your experience while you navigate through the website. Out of these cookies, the cookies that are categorized as necessary are stored on your browser as they are essential for the working of basic functionalities of the website. We also use third-party cookies that help us analyze and understand how you use this website. These cookies will be stored in your browser only with your consent. You also have the option to opt-out of these cookies. But opting out of some of these cookies may have an effect on your browsing experience.
Necessary Always Enabled
Necessary cookies are absolutely essential for the website to function properly. This category only includes cookies that ensures basic functionalities and security features of the website. These cookies do not store any personal information.
Non-necessary
Any cookies that may not be particularly necessary for the website to function and is used specifically to collect user personal data via analytics, ads, other embedded contents are termed as non-necessary cookies. It is mandatory to procure user consent prior to running these cookies on your website.
SAVE & ACCEPT